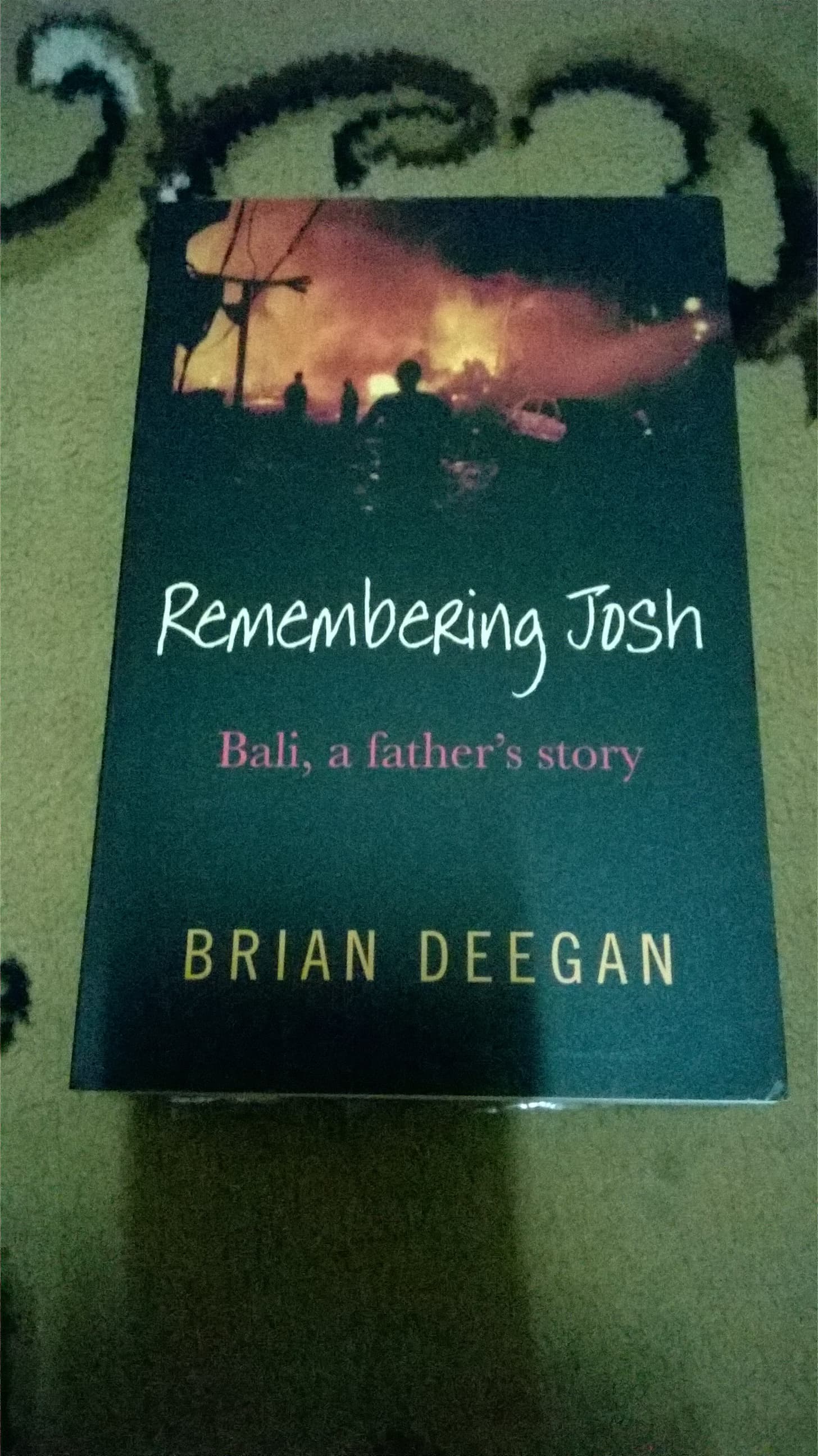 
Scroll down for video. Tragic end: MasterChef season 3 finalist Josh Marks, 27, was found dead in a Chicago alleyway from what it believed to be a self-inflicted gunshot wound to the head. Downward spiral: Marks, who had previously spoken publicly about his struggle with mental health problems, was arrested in July after an altercation with a police officer.

Officers reportedly found the gun used in the apparent suicide near Marks' body. Marks was arrested July 31 after a bizarre confrontation with University of Chicago police in which he told officers he'd been possessed by Gordon Ramsay - who turned him into God. The 7 foot 2 cook had several run-ins with the law.

Marks was also arrested in June on a trespassing charge. His transgressions have also cost him multiple sponsorships.

The trespassing charge stemmed from his constant presence at a condominium complex where he was not a resident, according to TMZ. Cooking up a storm: Josh Marks was a big favorite on MasterChef but has been arrested in Chicago after a confrontation with police. Discovered by the celebrity gossip site after delving into Illinois criminal records, Marks was first corralled by the fuzz for repeatedly sneaking into a Chicago condo complex. Marks allegedly gained entry by telling residents he lived in there, causing building management to circulate a warning to tenants warning them to be on the lookout for a 'very tall' African-American man who 'enters the building by catching the door,' and advising them to call , reported TMZ.

The trespassing case still pending didn't stop Marks from getting into his latest scuffle, which may cost him 14 years in prison. The 7'2" tall basketball player turned cook was seen trying to us an emergency telephone when police approached and asked him if anything was wrong, a ccording to TMZ ,. Runner-up: Since coming second in MasterChef, Marks has cooked at charity events and pop-up restaurants.

Marks, who is not a student at the university, allegedly lunged at an officer, striking him and attempting to grab his gun, saying that 'asshole' Gordon Ramsay had possessed him and transformed him into God. Officers reportedly tried to subdue Marks, but the baton and pepper spray they used on the tall foodie had no effect. Marks broke free from officers and began running, he was finally apprehended by five officers in a resident's backyard and taken to hospital for his injuries, according to reports.

Marks was booked on various charges including resisting arrest and assault. Marks remains in hospital in Chicago where he's being restrained in a bed. It doesn't appear as though drugs were involved in Marks' strange outburst, according to TMZ. Marks, a U. Army contract specialist, was the runner-up to Christine Ha in the third season of the popular reality cooking show MasterChef last year where he was mentored by Ramsay, Joe Bastianich and Graham Elliot. The self-taught cook beat out 30, hopefuls for a spot on the show and came close to the top spot, losing out to Ha after serving up an undercooked lobster.

Hell's kitchen: It's not clear what the relationship between Ramsay and Marks has been after MasterChef, but Marks allegedly referred to the chef as an 'asshole' and claimed to be possessed by him.

Since the show, he's been involved with the Real Men charities in Chicago and has spoken about plans to open his own culinary school. So, we'll keep him in our prayers A CFN spokesperson told TMZ that Marks was dismissed from his celebrity judging duties at the cooking competition for the safety of all involved, and also because ' we won't have this man tarnish the integrity of our brand.


Following the first of two eliminations on the show, Ramsay told Marks that he could call him any time and that he would help the young chef with his career. Marks remains in a Chicago hospital where he is undergoing a mental evaluation, his lawyer told TMZ. The views expressed in the contents above are those of our users and do not necessarily reflect the views of MailOnline.

Comments 33 Share what you think. I think you feel that in the confrontations themselves. That scene was a really unusual one, because what happened was not at all what we expected, not even remotely. But we never managed it, and when we left the scene, Erwin, the son, was telephoning the police. At that moment I thought that we had nothing, that the scene was a complete failure, because of their denial. It was only later that I realised that in that denial the scene honestly shows the state of Indonesia today. How can such an obviously blatant lie continue to function even after it has been exposed?

Because of threats and fear. Not enough people have seen The Act of Killing in Indonesia, the media people have seen it and the middle classes have seen it, but not enough people have seen these films yet to change this. And the reason this is so dangerous, as The Act of Killing particularly shows, though maybe both films show it — is our capacity for evil depends on our ability to lie to ourselves. As Primo Levi pointed out really importantly during the aftermath of the Holocaust, there may be some psychopaths out there, there may be some monsters, but they are too few to worry about.

Think of Rohani and Rukun who had to send Adi to school to be taught by Amir Hasan and his death squad members after they had killed Ramli. Now what did Rohani have to do the next day? She had to send him back to that school and what did she have to do when Adi was born, she had to send him back to that school also, to be taught by the people who killed his brother, her son. Why did she do this? How is this fear perpetuated? Is there still a fear of physical violence in Indonesia today? They were afraid to participate in the film because of their fear of physical violence. To tell you a recent story, I arrived at Charles de Gaulle airport for a festival in January and there were some Indonesians waiting who knew me, and who called me as I came out of baggage claim into the terminal.

They were waiting for a French man named Stefan who had been in Indonesia to attend screenings of The Look of Silence and to film survivors. He had been asking them to tell their stories. The next day he flew to Padang and on the flight the flight attendant asked if there was a man named Stefan onboard.

The persistence of trauma is what the film is all about, along with its effect on memory. Have you faced any resistance to your description of the —66 killings as a genocide? There may be legal scholars who prefer not to use the term because there is a question as to whether the mass killings in satisfy the legal definition of genocide, just as there are questions about whether the Khmer Rouge genocide satisfies the legal definitions of genocide.

I would like to draw this whole discussion back to what Wittgenstein would say about language games; that apparently philosophical problems dissolve when one recognises that the same terms are often being used in different language games. Maybe within the field of international human rights law what happened in does not qualify as genocide. First of all, there is no other word that we have in our vocabulary that has an equivalent moral force.

Secondly, we are talking about the wholesale systematic, deliberate, premeditated elimination of entire segments of the population with hundreds of thousands and perhaps millions of people being killed on the basis of two types of factors. That is to say, genocide as used within a different field, a different language game. This is a common enough definition of genocide, and one that justifies our frequent use of the term to describe Khmer Rouge atrocities. Within the common discourse used by the media, and especially when the perpetrators are communist, such as in the case of the Cambodian genocide, when the perpetrators are the enemies of the West, we use the strongest word available, always, and that word is genocide.

We talk about genocide all the time for Cambodia and nobody raises an issue. Of course. You can see this very powerfully in The Look of Silence when we learn that Goodyear, a multinational international corporation, is using rubber worker union slave labor on its rubber plantations in North Sumatra. Goodyear was sending them home to their barracks in concentration camps where they were either starving to death or being dispatched out to death squads to be killed, essentially replicating the German model of corporations that set up shop around the periphery of Auschwitz during World War Two.

Twenty years after Auschwitz, with US support, American corporations were using prison labour, and not just prison labour, but concentration camp labour, death camp labour. One would have to look at each particular camp, but I know from my own research for example, that at Gudang Hitam in Tebing Tinggi, one of the camps that Goodyear was using, ultimately most prisoners were killed.

We set in motion, supported and wanted a regime that would exterminate the left on behalf of Western capital and implement a counter—revolution against the anti—colonial revolution so that Indonesia would return to being a colonial state. Does there have to be international action before something can happen in Indonesia? No, I think they are two separate processes.

We need to remember that no progressive change has occurred in our history — from the legacy of the labour movement that gave us the eight—hour working day, to the movement to introduce universal healthcare — none of this was because of the goodwill of politicians alone. We need social movements. We need grass roots demands for a truth and reconciliation process to occur. Even if Jokowi sees The Look of Silence and is personally moved by it, there needs to be a push for him to change things.

Just as when he won the presidency, Indonesians will have to mobilise. This movement has to come from the people of Indonesia.